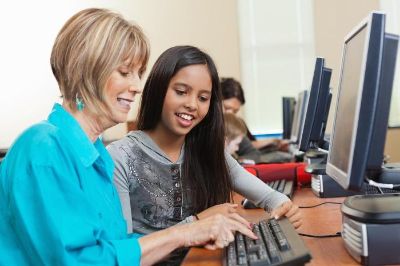 During her career as a case worker in San Diego, Debbie had the opportunity to work across the table with many CASAs. When she retired and relocated to Utah, one of the first things she did was to apply to become a CASA in Second District. She was excited to be able to work with children and to be able to be their voice. Debbie has always been a big believer in the notion that one positive adult can make a difference in the life of a child in need.

Debbie accepted her first case in 2012 and was assigned to a teen who had been in foster care for over eight years. She knew right after reading the file that this was a case where she was needed. She made some notes and got right to work. One of things Debbie found was that Christie wasn’t getting the therapy that was recommended. She also didn’t have any independent living skills and wasn’t involved in anything outside of attending school. The youth spent most of her time in her bedroom by herself. Christie kept a suitcase packed with all her belongings, as she knew from past moves that her belongings would be left behind if she was moved and not prepared. Debbie consistently advocated for the recommended Trauma Focused Therapy for Christie, Independent Living Skills classes, reading glasses, and other opportunities for the 16 year old. At times, Debbie felt frustrated with the system. During that first year, Chirstie was moved twice--which meant she had to move schools during the school year.  Although frustrated, Debbie didn't give up because she knew she was the only caring, consistent adult in Christie’s life. Together, they learned how to use public transportation so Christie could get around on her own and go to the library. Debbie got her involved at the local animal shelter, and even took her to a high school football game to experience something most other kids do. At age 17, Christie’s dream of being adopted came true with the help of a Wendy’s Wonderful Worker. The family lived out of state, but Debbie stayed in contact by phone during the next six months to make sure things were going well for Christie. When Debbie attended the adoption, she was pleased to find that Chirstie was happier and looked better than she ever had. The two continue to stay in touch through text and snail mail. In fact, Debbie says they just exchanged Halloween cards. 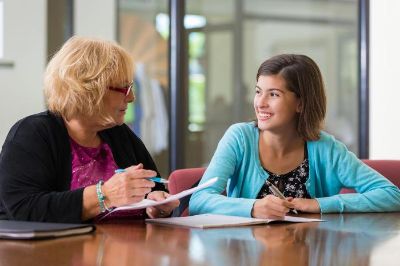 During training, Laurie thought she wanted to work with a younger child. When the coordinator in 5th District proposed a teenager instead of a child, she found she was open to the idea because there was one teenager that really needed a CASA. Soon Laurie found that this was the best assignment for her after all. Evie came into the system through dependency and under some unfortunate circumstances. She was having a hard time adjusting to her new situation. From the very first visit, the two hit it off.

Laurie visited her every week and kept the Guardian ad Litem updated after every visit. She lent a listening ear and shared advice to help Evie in all aspects of her life. When Laurie first met with Evie, she didn’t want finish high school. She was so far behind that she didn’t think she could finish, even if she tried. Laurie pushed her to be the best that she could be, encouraging her to do even more. Laurie was very involved with the school and helping Evie get the needed packets completed. At one point during the case, Laurie broke her foot and was not able to visit. That didn’t stop her from participating on the case. She stayed in touch over the phone. Sometimes Evie would call her, just to talk because she missed their visits. Evie finished high school and Laurie was able to attend the graduation.

Since then, Evie applied and was accepted to college. She was also adopted by a family instead of aging out and is now married and has a baby of her own. She still calls Laurie from time to time to give her updates of how she is doing, and from every indicator, she's happy and doing great.